Celebrating their 17th annual festival in Paris, France, Access Film Music is incredibly proud to once again serve as the Official Music Partner for ÉCU, the European Independent Film Festival. Some of our most incredible memories were experienced amid the excitement of film screenings, music showcases, after-parties and riverboat cruise concerts — with the magnificent lights and sights of Paris on each horizon. Bienvenue!

ÉCU is an amazing event in an incredible location, and an ideal forum to advance Access Film Music’s mission of connecting filmmakers from around the world with the incredible wealth of musical talent that we’ve come to present over these past many years.

Below is information about the talented artists that will be performing throughout ÉCU 2022, including links to the artists’ music and websites.

Full festival schedule and details are online at:

Most ÉCU Film Festival screenings take place at Les 7 Parnassiens Cinema, and it’s the center of festival activity during the day.

On Saturday and Sunday afternoons, between 14:30 – 17:30, we get together on the “filmmakers patio” at Les 7 Parnassiens Cinema and do informal, completely acoustic performances. Musicians appearing at ÉCU after-parties and music showcases will take part. Beer, wine and soft drinks are available. It’s a great opportunity to meet the filmmakers in a relaxed, casual atmosphere and share some music. Please join us!

There will also be a little acoustic music at Les 7 Parnassiens Cinema on Friday evening around 18:00 – 19:00 and also on Sunday evening during the jury deliberations. 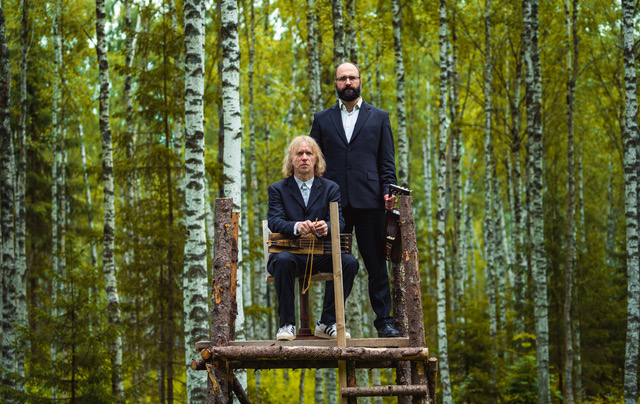 What happens when you mix a pinch of surrealism, a bit of modern folklore, a talharpa revival and blend it through FX blocks and loopers? The answer is the neo-zombie-post-folk of Estonian duo Puuluup, in which talharpa enthusiasts Marko Veisson and Ramo Teder have resurrected this ancient bowed and plucked lyre. The instrument is popular in Northern Europe since the early Middle Ages but in Puuluup’s hands it gets an entirely different treatment: electrified, looped, and played adventurously and brilliantly. Where the inspiration comes? As the duo states: “We draw inspiration from Estonian nights, trams in November, junkies in love, criminals from Odessa and Antonio Vivaldi.”

In January 2022 Puuluup received the most prestigious award in Estonia: Estonian Music Award for the Best Band and Best Folk album. 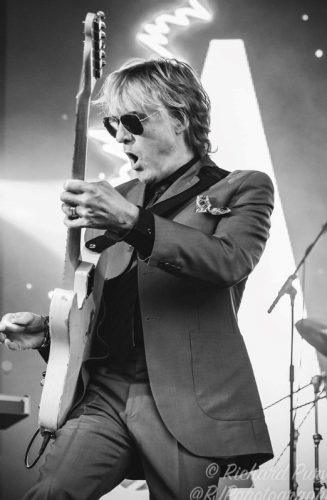 Matt Backer was born in New Orleans  He has lived in Mexico, Venezuela, Belgium, the Caribbean and Leamington Spa. Higher education at Hampshire College, The Berklee College of Music and The University of Warwick prove the old adage that a mind is a precious thing to waste.

His music has appeared in films and television programmes like Fahrenheit 911, Horton Hears A Who, Malcolm In The Middle, Game Of Thrones, Top Gear, The Serpent and Keeping Up With The Kardashians as well as adverts for major brands like Chrysler, Grolsch and McDonald’s. 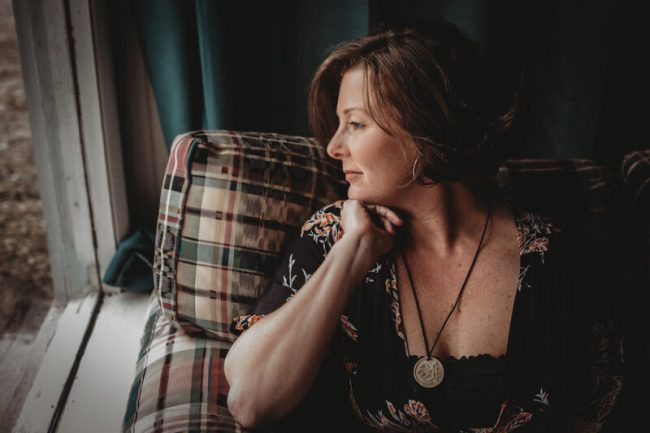 Nebraska resident Hope Dunbar is living proof that there are classic Americana and roots songwriters tucked away in small town America, far from the bohemian enclaves of East Nashville and Austin. Her latest album, SWEETHEARTLAND, is an outstanding compilation of songs. “On an album as rife with candor, resignation, craft, and New American Prairie-style resonance aplenty as it is with hopefulness, energy and a vast array of troubadour wonderment, Hope opens with the Spring-has-sprung, waking vibrancy of the title track and never looks back.” –Exclusive Magazine. It is impressive how these songs came to life: her only real opportunity to write is when her husband is at work and the children at school. She has successfully navigated the pressures of home life while keeping her artistic vocation alive and kicking.

“With what I consider one of the most perfect female country vocals that ever spilled from my speakers – a voice that exudes the tradition of the genre, Hope Dunbar’s classy tone with these 9-cuts was a delight to listen to. There end of review — short & sweet.” –Americana Highways. 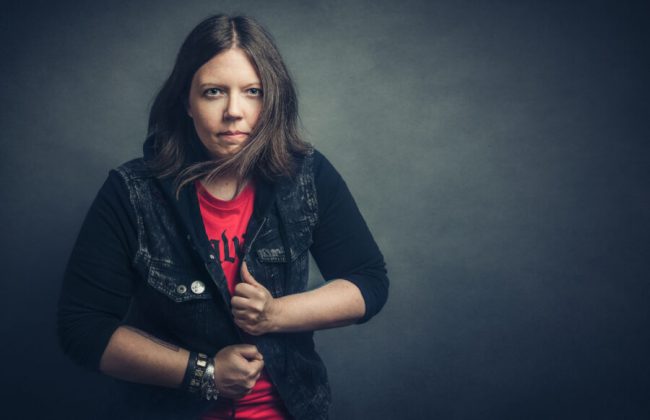 Singer-songwriter Jana Pochop is a wanderer with a penchant for popsongs and slow drip coffee. Jana hails from the culturally rich Albuquerque, NM and moved to Austin in 2006 to immerse herself in theTexas music scene, playing clubs, house concerts, and touring nationally.With Jana’s album, The Astronaut, released on February 4, 2022, it was the pandemic that allowed her the opportunity to collaborate remotely with key heroes such as Sean Hutchinson of Bleachers, Lloyd Maines, Eliza Gilkyson and Don Dixon. ‘The Astronaut’ is as diverse as it is poetic and as grounded as it is inquisitive. From a stunning co-write and harmonious duet with Shawnee Kilgore (The Hard Part) to an accidental precursor to 2020 full of just plain good advice (Exit Plan), the record has arrived to welcome ears. As one review put it, “Jana consistently paints an image of humanity that’s unusual yet accessible, fusing the vastness of the world with the deeply personal emotions of the individual in a blissfully poetic and moving fashion.” 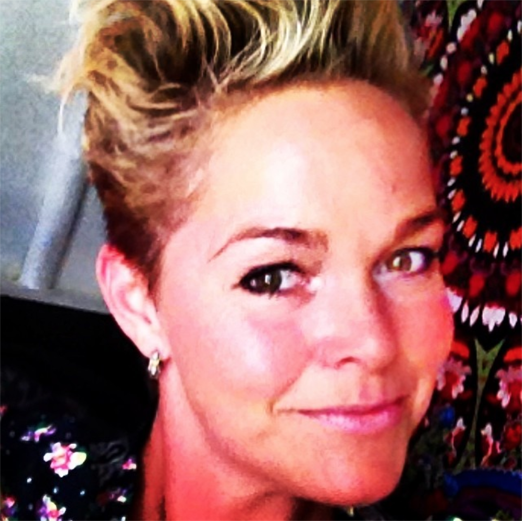 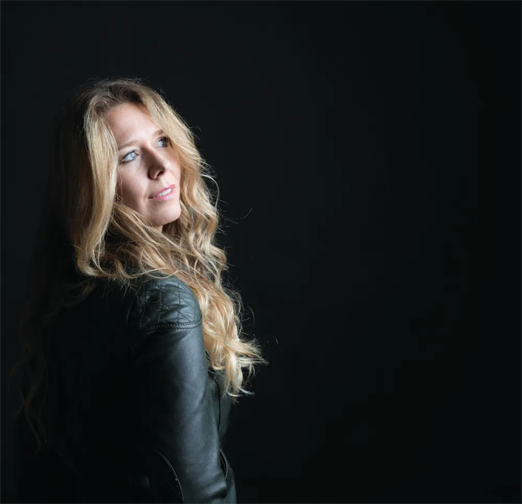 Folksinger and Songwriter Clementine grew up as a Captain’s daughter in The Netherlands. When her father came home after his long travels, sometimes up to a year, her mother’s chansons were replaced for his Irish favorite music.

The music became her lifeline with her father being away at sea. When she sings folk music now it feels like coming home and being connected.

Water, nature, and freedom were fundamentals to her as she grew up mostly on the water. 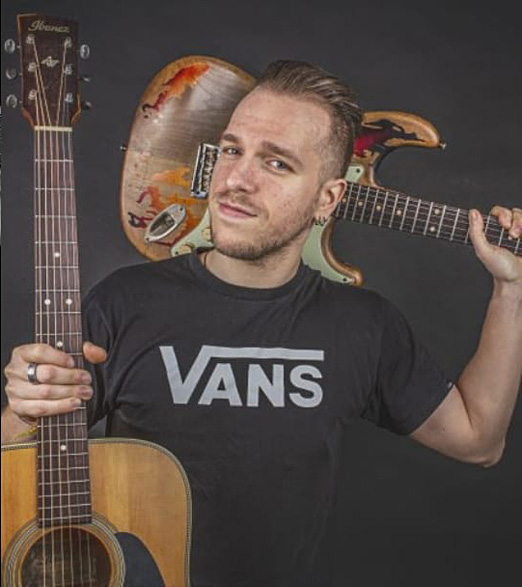 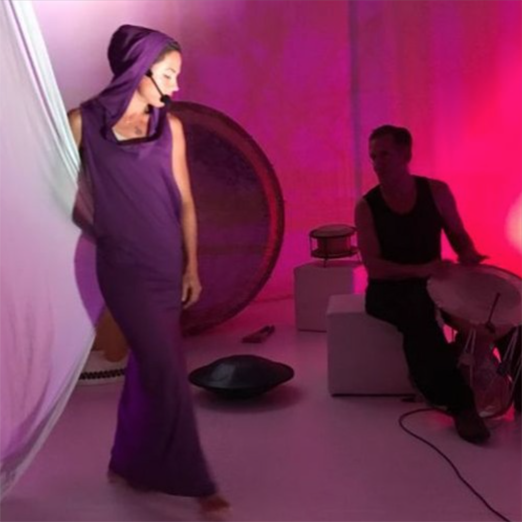 THE MISSION: Above all, Carmen Corinna’s talents incite pure energy! She shares her joy of life and gratitude so closely and beautifully with her audience whether performing on the microphone, on the DJ decks or on the dancefloor. Her talents are her transmitters.

THE HISTORY: Carmen Corinna grew from composing on the keyboard at an early, over singing and playing in diverse bands for years to becoming the complete all-in-1-package within the last decade of gigging, producing and traveling around Los Angeles, California, Germany, Switzerland and last but not least her chosen residence Ibiza, Spain. Her dancing history developed from her own choreographies of Hip Hop, over Gymnastics and Breakdance to Sports Studies with Dance Styles specialization and finally Aerial Silks combined with Singing.

Why do we mention all this? Because there is one main style beyond all the styles she plays and that comes from her history of Breaking….. “What’s ever played….. It’s got to be FUNKY!” (James Brown). 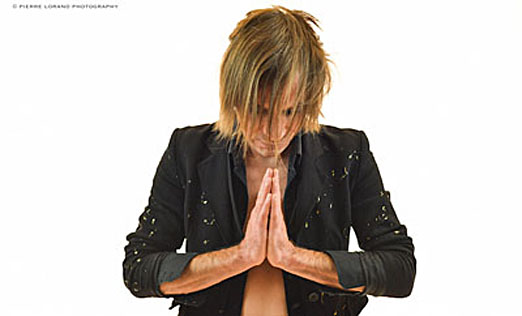 From charisma to glamour, the seduction of Superglam is musical and sensitive, the sensitivity of Sacha Delone, born on one of the hills surrounding the Belgian city of Liège, the « Fiery City », at the end of the seventies. Sacha’s music is blossoming into melodious, oniric and human dimensions. With these assets, he was bound to meet Rudy Lenners, former drummer of Scorpions, who by now assists Sacha as an artistic director for the Superglam project. Sacha’s ethereal world offers feline, voluptuous and ear-catching melodies. The marriage of guitars and keyboards invites you to a soulful aerial ballet. The sensitiveness of the man, a globe-trotter per se, permeates throughout the project. Although born in Belgium, the artist grew up in the Middle-East, in Africa and in Asia. The cultures of these far-off lands have influenced the unfailing creativeness of a gourmet, a passionate artist. 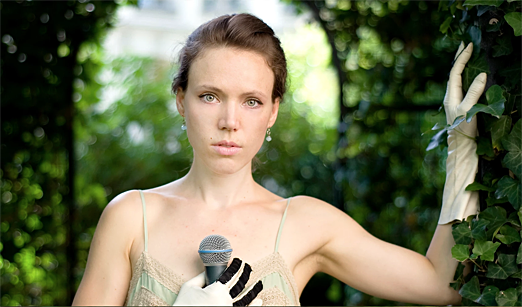 Singer-Songwriter Kristina Vaughan is currently recording her 2nd opus A Year in the Dark. With a voice ranging from Irish folk to powerfully pop-rock, she’ll broach themes ranging from the political to the intimate backed by acoustic piano music, pop rock or electro arrangements. 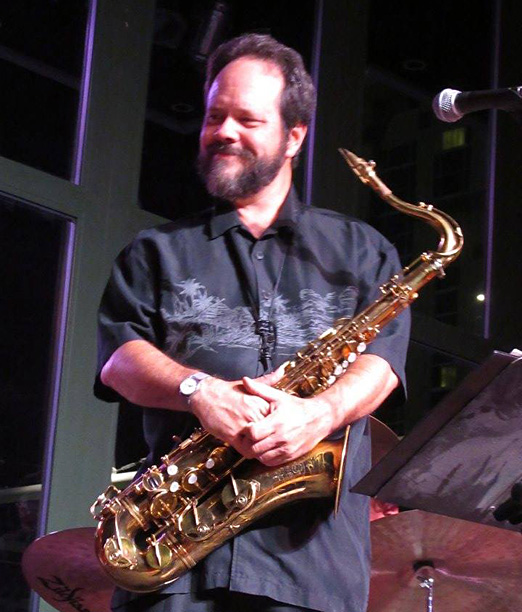 John Flanders has been one of the most in demand saxophone/woodwind players in Salt Lake City and the Intermountain West for over a decade. You can hear him on tv and radio commercials, as well as television shows and movie soundtracks. In addition to being a renowned bandleader and session player, John’s recordings have received critical and popular acclaim, leading to a growing reputation as a composer and arranger.

John has won numerous prestigious City Weekly Best of Utah awards as an instrumentalist as well as with his classic jazz groups. He has performed the National Anthem solo at NBA games, performs with the Utah Symphony, and toured Italy, France, Germany, Switzerland and more. He has performed with The Temptations, Billy Preston, Solomon Burke, Wayne Newton, Frankie Avalon, Rodney Dangerfield, Don Rickles, Patty Andrews, Sam Moore, Ben Folds, and many others. His groups have headlined jazz festivals in Colorado and Utah.

His fusion-swing project, “Double Helix” was named best jazz group shortly after its debut in 2001. They now have their third cd out “Natural Selection“, which features they great playing of all the members along with Wayne Christiansen, Ryan Shepherd, and guest bassist Will Lee.

Double Helix has also performed nationally on the NPR radio show, Marketplace. John wrote additional original music for a performance on NPR’s “To The Best Of Our Knowledge”.

He continues adding to his session resume with calls for arranging and composing, conducting, producing, and recording. John performs primarily on tenor, alto sax, and flute, though you can  also find him on clarinet, bass clarinet, piccolo, baritone and soprano saxes, keyboards and vocals. 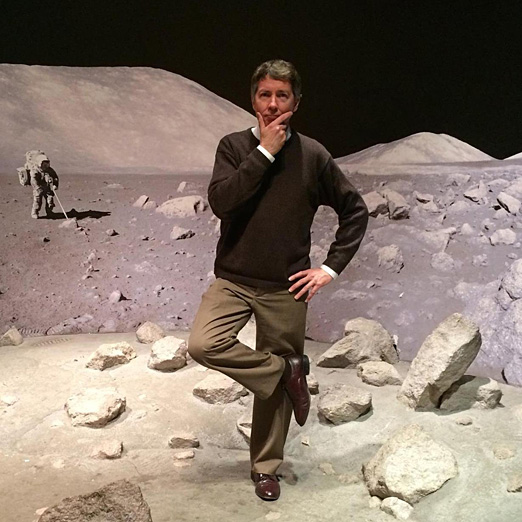 of the band Those One Guys. 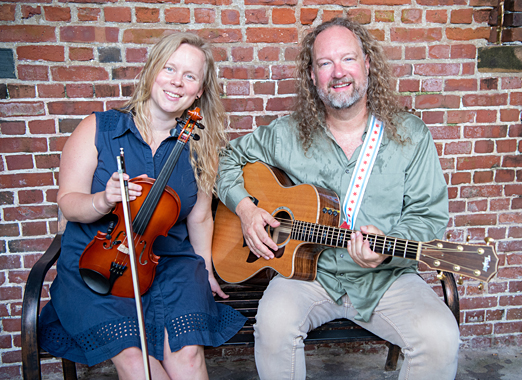 Returning for their second ÉCU Film Festival, Rahel n Beck is a musical duo consisting of Estonian Rahel Aasrand on violin and American “Chicago” Mike Beck on acoustic guitar. They present an eclectic and diverse selection of music, infused with rich vocal harmonies, instrumental virtuosity and a mysterious personal chemistry that ensures all who are in attendance will enjoy a delightful and exciting performance. Their set list varies with every concert, but features compelling original songs, crowd favorites and forgotten gems. Their music encompasses a breadth of genres, including Americana, soul, rock ‘n roll, traditional Irish instrumentals, classic country and more.

Rahel and Mike started playing together in 2016. Since 2019, they have been performing under the name Rahel n Beck and together they will take you on an unusual, intriguing and unforgettable musical journey.

The world’s newest David Bowie tribute band will make their world premiere at ÉCU 2022. Let’s see if they’re any good! 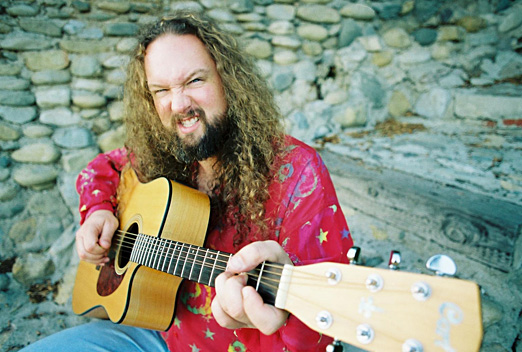 “Chicago” Mike Beck’s ecstatic live performances and eclectic 1,000+ song repertoire have carried him through several decades and nearing a million miles of touring in North America, Asia and Europe. Whether performing solo or with his band Chicago Mike’s InterGalactic Brother & Sisterhood of Big Eyed Beans, he delivers hundreds of high-energy performances each year to diverse audiences. Since 2001, Mike has toured Europe over 25 times, performing in Switzerland, Germany, The Netherlands, France, Italy, Greece, Belgium, Luxembourg, Spain, and Ireland. In 2015, Mike completed his first tour of Asia, including performances in Japan and Thailand. Though Mike makes his home in Chicago’s northern suburbs, he likes to spend his winters in Key West, Florida. Duh. He just recently completed his SCUBA certification, is eager to explore the undersea world but can’t wait to return to Paris and rock ÉCU 2022 with his dream band!